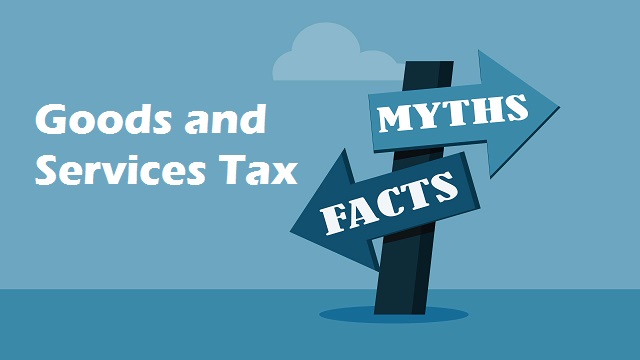 It was 1st July 2017 when Government of India introduced GST all over the country and made it applicable to all trade, big and small.  It appeared like the entire country went into a state of shock at the sudden GST announcement and denoted its enactment as a whimsical attack on the savings potential of common Indians. However, if you take an in-depth look into the matter, you can settle down the myths with logic and ease. Let us see how the myths are clarified and decide if it is justice to all ‘Aam Aadmi.’

Myth 1: Computer generated invoice is a necessity for all tradesmen

Fact:  Small scale tradesmen like vegetable vendors residing at remote villages do not have exposure to the computer. Moreover, maximum people living in rural places are not computer literate. Then, what will they do other than closing down their business?  The answer is that the bills can be generated manually.

Myth 2: The internet connectivity is required all the time to do business under GST

Fact:  Any retailer can do business with or without the internet. It is only while filing the tax return that you require an internet connection. Any computer literate person can do it in a cyber café involving a little time.

Myth 3: The new GST rates are higher compared to the VAT paid earlier

Fact:  It appears to be higher since the excise duty, and other taxes which were implied earlier now are absorbed within the GST itself. There is no need to pay those separately. This concept is all about paying the government at one go. Only one single tax is applicable for the entire country.

Myth 4: If a person pays by credit card, he will be paying GST multiple times

Fact:  This is a false notion. Irrespective of any business, GST is levied only once and on a single business permit.

Myth 5: If a person is doing retail business and he has a provisional ID, then he must wait till he gets his final ID

Fact:  While filing for a GST, the provisional ID will be the final GSTIN number.

Myth 6: Even small retailers are now expected to do business under GST. They require new registration before starting a business.

Fact:  Those who are in retail business (business to consumer) need to file GST only for the total monthly sales figure. Hence, there is no need to bill on a regular basis. However, after starting the business, any retailer can get registered within 30 days. So, there are lesser chances to worry.

Myth 7: The entire process is hazardous and requires filing in three parts

Fact:  The dealer files the first part of the return, and the computer itself files the remaining two parts. It is an automated system. In this regard, one should know that the exemption limit for GST has been set at Rs. 20 lakhs as opposed to previously proposed Rs.10 lakhs subject to state’s requirements. Thus, if a business owner in any states of India except north-east has a yearly turnover less than Rs.20 lakhs, he will be eligible for GST exemption. However, the GST exemption threshold for north-east states has been kept at Rs.10 lakhs.

Revenue Secretary Dr. Hasmukh Adhia expressed his concern on the twitter regarding these myths and explained all the points categorically. In fact, since July 25th after GST enactment, it has received tremendous response from all the roadside Dhaba and other small scale traders who in turn started acclimatizing the new system. Out of the 63,000 new registration applications, almost 32,000 have been granted new ones within 30 days period. Indeed, it is the start to a new India.